[UPDATE] Over 60% of units sold at launch of Penrose

SINGAPORE (EDGEPROP) - About 341 units (or 60.3%) out of a total of 566 units at Penrose condo were sold on its launch weekend on Sept 26-27. In terms of number of units sold, this makes Penrose by far, “the most successful and best-selling property launch in 2020”, according to the developer in a statement. The developer is a 60:40 joint venture between Hong Leong Holdings and City Developments. Sales was conducted virtually on Zoom platform, with the balloting process for the booking of units. 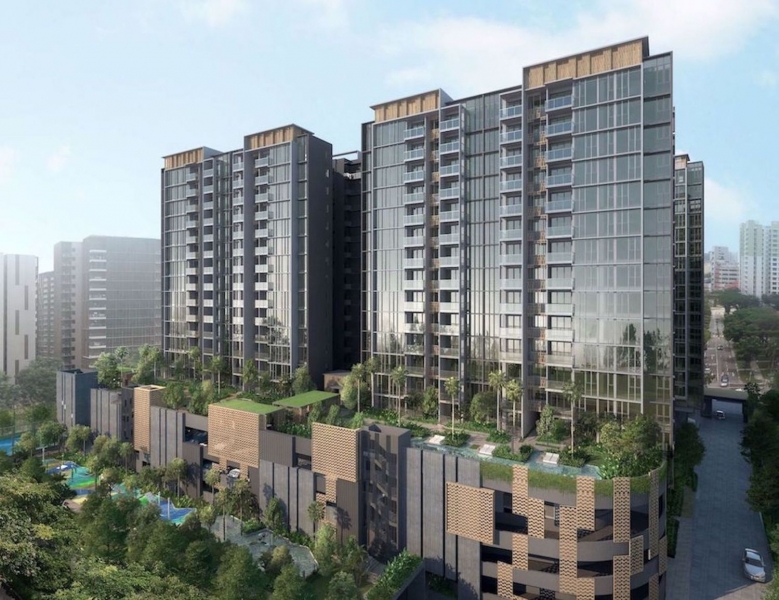 About 85% of the buyers were said to be Singaporeans, with the rest Singapore permanent residents and foreigners. According to property agents, over 1,500 cheques were collected as expressions of interest over the past fortnight since Penrose previewed on Sept 12. The project is jointly marketed by PropNex, ERA, Edmund Tie and Huttons Asia. The digital registration of interest during the preview, balloting, booking and digital signing of the documents were carried out using Showsuite’s technology seamlessly connecting six locations during the virtual launch.

“I believe timing and sensitive pricing are the main indicative factors driving the good response,” commented Betsy Chng, head of sales and marketing at Hong Leong Holdings, the lead developer for the project. The most popular units were the one- and two-bedders (pictured), which were sought-after by investors and owner occupiers due to ther absolute prices and the location of the project in the city fringe (Picture: Hong Leong Holdings)

“Penrose certainly stands out this year with over 300 units sold on the first weekend of launch,” says Ismail Gafoor, CEO of PropNex. “This was achieved against the backdrop of the Covid-19 and post-circuit breaker, when the economic outlook became gloomier with recession and retrenchment fears. The sales performance proves that people are willing to commit to a property for the mid- to long-term if a project is rightly priced and in the right location.”

The reason Penrose wasn’t fully sold over the weekend was because many of the investors and owner occupiers were interested in the one- and two-bedroom units, given the attractive absolute prices, notes Gafoor. “By mid-day on Saturday, all these units were already grabbed by buyers who had the opportunity to select their units first, leaving subsequent people in the queue disappointed as they didn’t get an opportunity to buy a unit at Penrose that was within their budget,” he adds.

Besides pricing, another attribute of Penrose is its location at Sims Drive in District 14: within a five-minute walk to Aljunied MRT station and just one MRT stop from Paya Lebar MRT interchange station at Paya Lebar Quarter (PLQ). The area is also near the eateries in the Joo Chiat and Tanjong Katong area, as well as within a 15-minute drive to the CBD and Orchard Road. Showflat of a four-bedroom unit at Penrose, which saw interest among HDB upgraders from around the island (Photo: Hong Leong Holdings)

“Projects in the city fringe, which are close to employment centres such as PLQ and the CBD tend to attract investors and owner occupiers,” says Ong Choon Fah, CEO of Edmund Tie. “Some of those buying one- and two-bedroom units for their own use tend to be younger, first-time homebuyers, with their parents chipping in. The fact that the developer is established and has a proven track record was also something that buyers took into consideration in their decision-making process.”

Alan Cheong, Savills Singapore head of research says an amalgamation of factors contributed to the strong sales at Penrose: Besides reasonable pricing and location, there’s the “fear of losing out”. “People are also disheartened by the performance of the equities market here,” he adds. “Those in their 30s and 40s would have greater clarity about their job security by now and are willing to take calculated risks to upgrade.” Hence, there was strong interest from HDB upgraders across the island too.

Hello, my name is Dessmond Lai, a real estate consultant at Huttons Asia Pte Ltd with years of experience. My areas of expertise include condominiums, HDB, landed properties as well as commercial and office space. I understand that each of my clients has different needs and requirements and I treat everyone with the highest degree of service and professiona...